Scott Disick and Amelia Hamlin made their romance Instagram official after having been romantically linked for months! Plus, it looks like they had a wonderful Valentine’s Day together and made sure it is documented for the gram!

Scott was the one who shared two snaps of him and his date and enjoyed a delicious and romantic dinner in Miami.

RELATED: Scott Disick & Sofia Richie are out for lunch after the reported split – they appear happy after Scott slammed the split rumors

About the first he wrote: “Why so seriously?” since they looked really stiff and expressionless while posing for this one.

However, the second picture was completely open and therefore they were caught laughing and looked like they had the time of their lives in each other’s company.

RELATED: Scott Disick and Amelia Hamlin: In Their Relationship Status At This Point – How Serious Is It?

“Just kidding” is the second heading in response to the first. 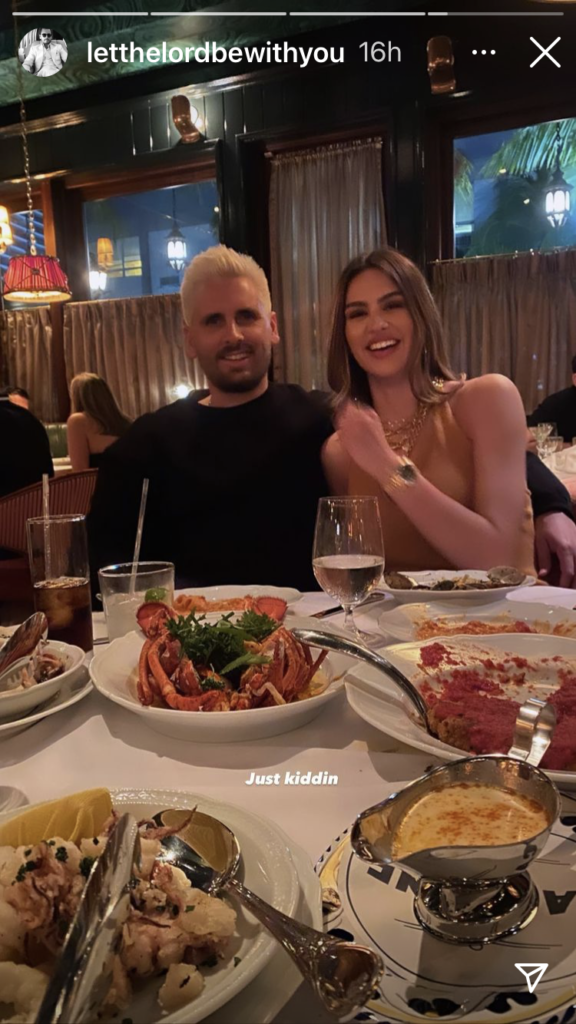 Also, today Scott and the young model were spotted holding hands walking on a beach in Miami, enjoying the sun and being together.

Hamlin wore a white bikini top that she paired with denim shorts and she looked super toned and in shape!

The two were romantically linked back in November and even spent New Year’s Eve together.

At the time, a source told ET that Scott and Amelia had a lot of fun together.

“Going to Mexico was a great way for both of us to relax and just spend more time together. Amelia is easy going and gets along with Scott’s friends so they can just sit back and have a good time. Amelia also loved all of the attention she gets from Scott. ‘

Sure enough, on Thanksgiving, Lisa Rinna’s daughter shared a list of people she was grateful for, and Scott was one of them! Do you think they will last or not?